Our aim is to develop genetic switches that implement the so called ON type logic.

The development is based on already existing antibiotic-sensing genes. These genes serve as switch, using the corresponding antibiotic (erythromycin, phloretin) as inducers. However, the current form of these switches are OFF type.

As a first step of developing ON type switches, we use computer-based modelling. Based on available data from similar switches, computational model is supposed to reveal sensitive parts of our OFF type systems, that, if changed, would lead to an altered, ON type behavior. Previous random mutagenesis had already shown that these systems are capable of turning from OFF to ON type, although random mutagenesis is a slow and unpredictable method compared to computational modelling.

A great number of predicted mutant candidate versions is expected from the model. As a next step, these mutants will be synthetized and characterized in different in vitro and in vivo experiments. The outcomes of the experiments then will be used to train, refine and improve the computational model, leading to the next set of – already improved – candidate mutants.
This cycle – modelling, synthetizing, analyzing – will be repeated until the outcome is a good ON type switch derived from the original system. 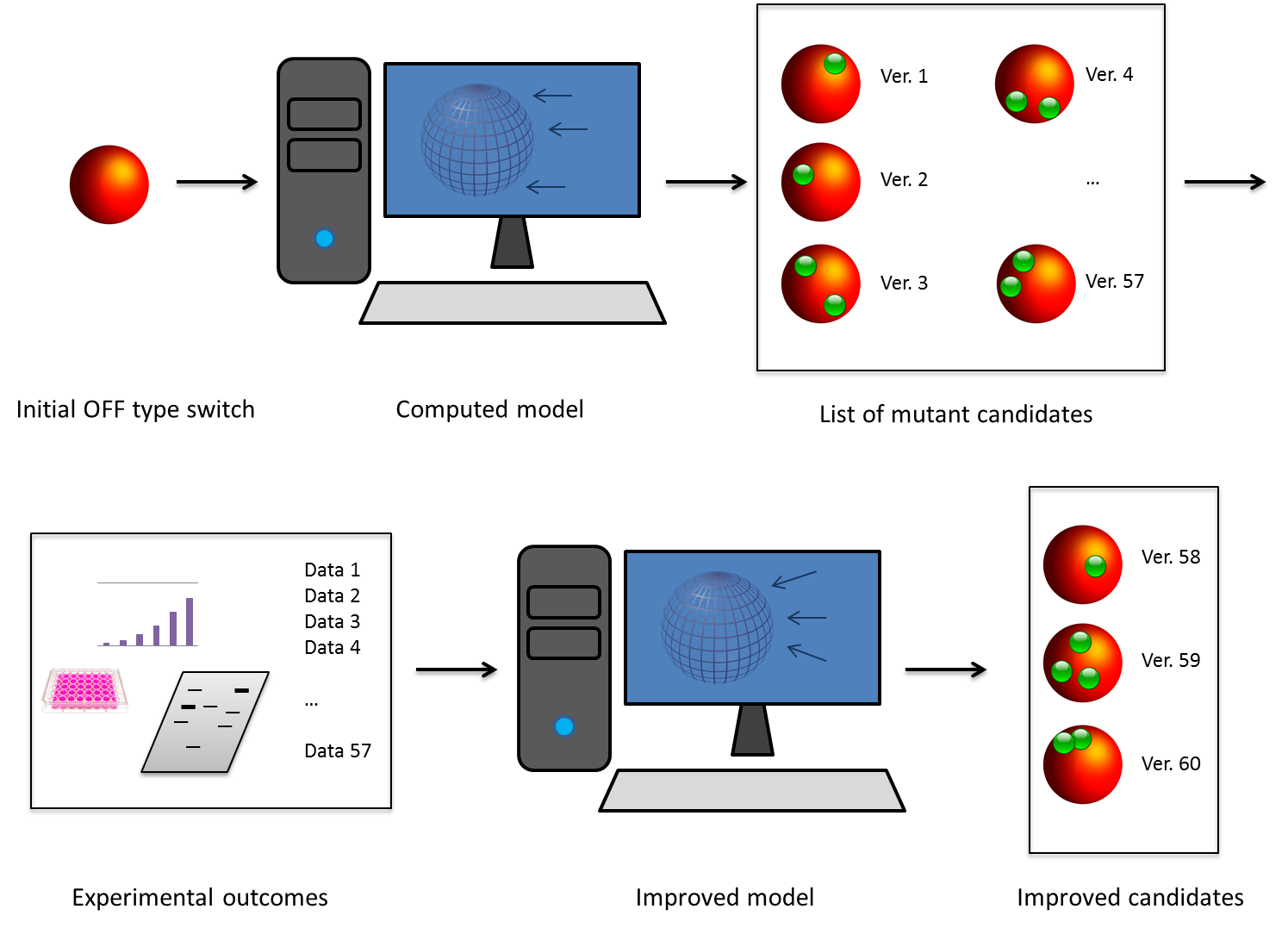